Alexander Fialka, a partner of the Retail & Development Advisor about five main trends that will determine the development of the global and Ukrainian office market in the coming years

The condition of the commercial real estate market depends on the situation in the national economy. The best indicator if office real estate. When the economy grows, both local companies and large international players are active. Demand for office space is growing, which reults in increase in rental rates and stimulates additional investment in the industry.
When the economy stagenates, the office real estate market is also stagnating. This situation features in Ukraine during the global financial crisis of 2008–2009, and also in 2014–2015, when the annexation of Crimea and the direct military invasion of Russian troops in the east of the country led to gamage of the Ukrainian economy.
Over the past few years, we have observed a smooth recovery of the market with a decrease in the vacancy rate and a moderate increase in rental rates. Whether the positive dynamics will continue is a question. On the one hand, the new Ukrainian authorities have all the opportunities and levers to carry out the necessary reforms in the country and boost economic growth, which is now growing faster than expected. According to the State Statistics Service, the growth in real GDP of Ukraine in the second quarter of this year broke a three-year record, amounting to 4.6% compared to the same period in 2018. And more recently, analysts at JP Morgan improved their forecast for Ukraine’s GDP for the current and next years to 4.3% and 3.8%, respectively.
On the other hand, many well-known economists are increasingly predicting another global crisis. Talking about it stirs up news from different parts of the world: the trade wars of the USA and China, the collapse on Asian exchanges, a likely recession in Germany, which is Europe’s largest economy. All this is not encouraging. However, there is good news. The crisis is a time of opportunity and those companies that can offer consumers a truly valuable product or service can not only stay afloat in difficult times, but also strengthen their market position.
There are also tendencies in the office real estate segment, taking into account which developers can foresee the future needs of their tenants, and those in turn can create optimal conditions for the work of their employees. Here are 5 main trends that will determine the development of the global and Ukrainian office market in the coming years:
1. Active development of coworking
One of the most visible trends shaping the office sector is the dynamic development of coworking. This is one of those trends, which is due to a change in the preferences and needs of employees. According to a recent IWG study on the international labor market, which interviewed 15,000 people from 80 countries, it turned out that comfort and a flexible work schedule are much more important for many applicants than other factors. The results of the study showed that 54% of respondents would prefer the opportunity to choose a mode of work than the well-known brand of the employer. At the same time, almost a third of respondents are ready to give up their prestigious position, and if necessary, spend the full time only in the office.
The growing popularity of flexible work format and the number of coworking is observed in Ukraine.
For example, the IWG company managing the Regus network over the past two years has increased the number of its coworking centers in Kyiv by 2 times - up to 8 objects. In total, there are already more than 40 such spaces in the capital, and new ones open with enviable regularity. Not only leading developers of office real estate, but also retail, are already responding to changing trends. In particular, Arricano this year announced a change in the design of the Kyiv shopping center Lukianovka. The developer decided to abandon the construction of residential real estate near the mall in favor of a co-working space of about 20,000 square meters. m
2. Formation of multifunctional centers
In addition to the growing popularity of coworking, one can distinguish another trend characteristic of the commercial real estate market in general, and the office segment in particular. This is the development of multifunctional centers. Increasingly, global developers are designing objects that combine not only classic types of real estate (residential, retail and office), but also public spaces, exhibition complexes, etc. There are successful examples of classic multi-functional complexes in Ukraine. Among them, the Kyiv IFC Gulliver can be distinguished, in which they rely on the synergy of the twin center and the shopping and entertainment component.


Other metropolitan developers are also designing office space in the mall. In particular, Retroville, which is being built in Kyiv, has taken such a path, within the framework of which a business center with an area of ​​more than 11,000 sq. The Dragon Capital company, which owns the Pyramid shopping center, plans to reconstruct the facility, during which it will be supplemented with an office component. And the already mentioned shopping center Lukianovka was redesigned with an emphasis on multifunctionality with an expanded entertainment area and food court, as well as creative spaces - offices and coworking.
3. Increased service requirements
Along with increasing staff requirements for the workspace, the demands of tenants of office premises are also growing. The usual set of service operators in the business center is no longer enough. In the current pace of life, employees need to have the most complete range of services at hand. In addition to the usual canteens and restaurants, the service component can be successfully supplemented by coffee houses and bars, branches of banks and insurance companies, offices of lawyers and notaries, beauty salons and shops, as well as sports and fitness clubs.
It is vital for developers to meet consumer expectations, adjust, and sometimes anticipate their future needs.
A good example is the presence of paid conference rooms in the business center. Understanding the prospects of this format of work, even non-core players enter this niche. Thus, the Kyiv operator of cafes and restaurants, Dinner’s, uniting about 10 establishments in the capital, this summer announced plans to open three conference rooms for rent in Kyiv BC Horizon Park.
4. The growth of developer activity
Over the past four years, the commissioning of office space in Kyiv has been consistently low, not exceeding 50,000 square meters. m per year. The relatively large commissioning of offices in the period 2011-2014, when the volume of new space only once did not reach the mark of 150,000 square meters. m, led to a glut of the market, which was especially noticeable against the backdrop of the fall of the economy in 2014-2015. However, now developers are returning to the game.
According to preliminary estimates, more than 85,000 square meters will be commissioned this year. m of office space, which will be a five-year record for the capital market.
The intensification of the construction of office centers is justified, given the gradual decrease in vacancy and an increase in rental rates in existing business centers. Demand for high-quality premises is steadily growing, there is already a shortage of high-class office space in the market, and many companies note a lack of free supply.
5. The decline of obsolete business centers
The commissioning of new office space will again increase competition in the market and will lead to a new wave of companies moving to better premises. This trend was noticeable in the second quarter of this year. Market analysts noted a slight increase in vacancy in the office segment, which occurred for the first time since 2015 and was due to the actual relocation of companies to new offices. This is confirmed by the fact that the growth in vacancy occurred precisely in class B business centers.
Experts and market participants are confident that with the opening of new office space, one should expect an increase in the tendency for companies to move to modern and better business centers.
In such a situation, office property of class B or lower, as well as obsolete objects, will experience some pressure. It is possible that in the conditions of the outflow of tenants and an increase in vacancy, they will have to cut rates or invest in updating their facilities to make them more attractive.
Link to the source: https://nv.ua/biz/experts/a-50043483.html
Enjoyed the article? Share with friends:
More information... 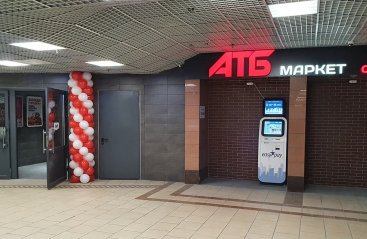 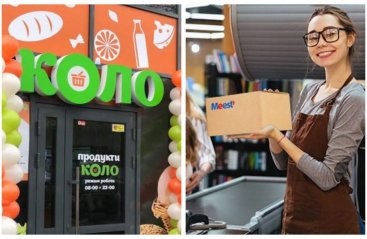 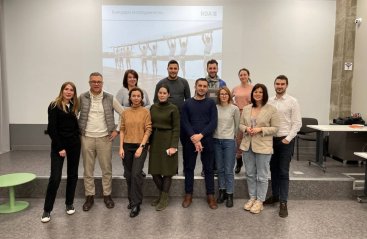 More news
Your message is sent
Thank you for the message!
We will review you message and contact you soon